Home » ‘TODAY, MORE THAN EVER, AS DIASPORA PRACTITIONERS, WE NEED A HIGH LEVEL OF EXCELLENCE AND WE SHOULD NOT COMPROMISE ON IT’.

‘TODAY, MORE THAN EVER, AS DIASPORA PRACTITIONERS, WE NEED A HIGH LEVEL OF EXCELLENCE AND WE SHOULD NOT COMPROMISE ON IT’. 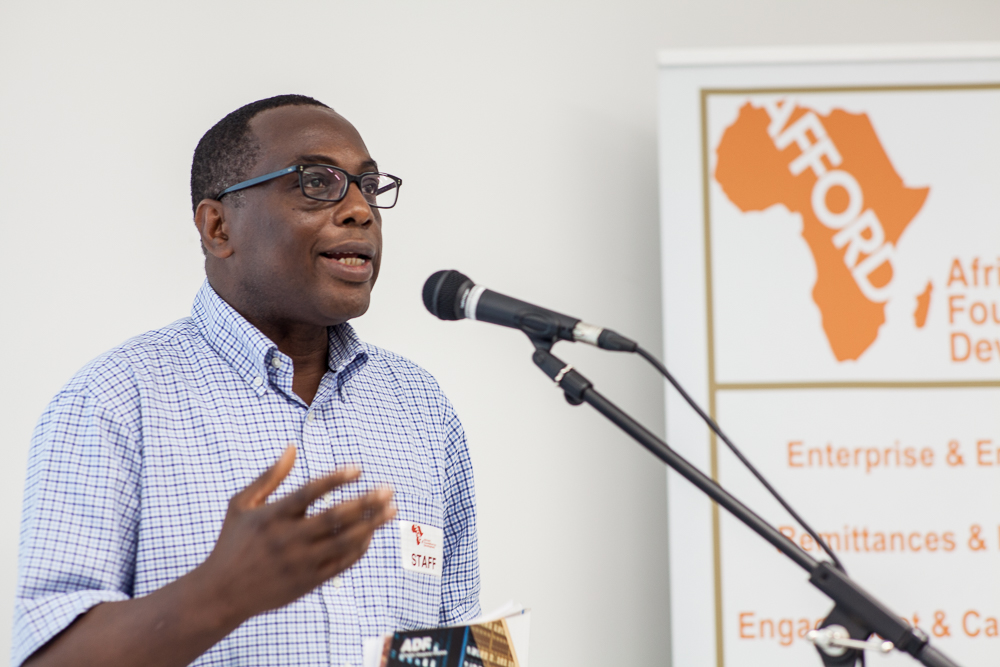 I was born in Nigeria and came to the UK at a young age, following the Nigerian civil war, also known as the Biafra War (1967-1970). That was a difficult time, because I lost many members of my family in the conflict. In fact, the interaction between Europe and Africa had a tremendous impact on that war, a result of political, economic, ethnic, and religious tensions which preceded Britain’s formal decolonization of  Nigeria in 1960. These processes and Britain’s geo-strategic involvement with her former colonies, continue to shape migration flows to the UK. The UK itself has a very long history of human mobility, receiving and sending people from and to different countries and continents over the centuries.  Human mobility is a fact of life – the challenge is to achieve a win/win by making an impact in both the country of residence and the country of heritage, both of which are linked through your experience of migration.

African migration to the UK is not a new phenomenon (dating back to the Roman period) and neither is the occasional ‘panicked’ response.  The first official ‘panicked’ response to African migration to the UK came during the period of Queen Elizabeth I in the 15th century, when there was an increased number of Africans in London and she issued an edict in 1601, noting the numbers and calling for their expulsion. Over the next few centuries as Britain became an Empire and top slave trading nation, many of the enslaved Africans who were kidnapped and trafficked, frequently passed through the UK.  The next big wave of African movement, which resulted in another panicked response was at the end of the 18th century, when another group of Africans came after the Independence War in America. They had fought by the side of the British who promised them freedom if they won the war. Arriving in London, they were abandoned with no resources and soon expanded the population of the London poor, provoking plans for them to be expelled and resettled in Sierra Leone. During 19th and 20th centuries Africans, as part of the evolving Empire came to the UK for studies and job opportunities, especially after 1948 as a new wave of people arrived from different parts of the Empire following the docking of the ship, the Empire Windrush. Since the 1980s the political, economic and social crises in Africa has led to fresh waves of African migrants. 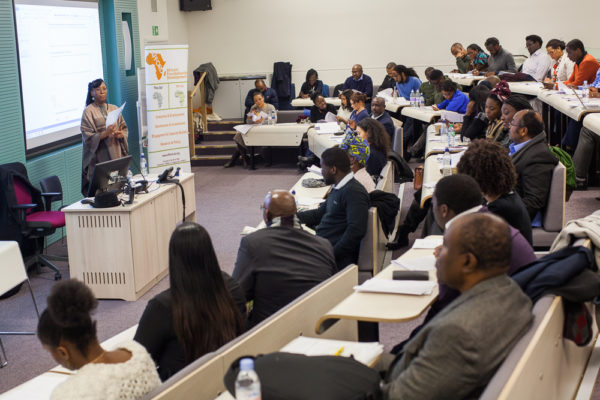 3. What is the number of the African Diaspora in the UK?

We don’t know the exact size of the African diaspora in the UK, but according to Official Data, there are around 2 million Africans and their descendants. The majority of them are Nigerians, there are also a large number of African descended people from the Caribbean diaspora, as well as a significant number of Ghanaian and Somalian diaspora. There is also a large number of white South Africans and a smaller Afro-Asian diaspora, and North Africans. These are of course among a wide range of African diaspora communities from all over the continent.  The majority of them have British citizenship and contribute to their countries of origin or descendent. There was some research done to evaluate the contributions of the UK based African diaspora and it is worth mentioning that they are amongst the most supportive of UK charities, alongside sending money to their countries of origin in the form of remittances. So these diasporans have a very developed sense of active citizenship and their engagement is varied and rich.

By creating AFFORD we wanted to enhance and expand the contributions the diaspora was making to African development. People are making huge contributions to places that they are connected to, we wanted to add value to their efforts, by lobbying to make remittances cheaper, by lobbying for their inclusion in official development narratives so they could gain additional resources to augment their efforts.  This work is important because we need to demonstrate that the African diaspora contributes a lot to the continent’s development. It is obvious, especially when we look at the amount of remittances sent every year to Africa and which is much larger than overseas development aid. Our mission at AFFORD is to continue making visible this huge contribution, but also making it more efficient and impactful.

5.What projects have AFFORD worked on?

In 1996-1997 we conducted a research paper on African organisations to identify their needs and the feedback we received reconfirmed the importance of developing networks and space for partnership and dialogue. This particular idea is also behind the setting of a network such as ADEPT. Today, we are working a lot on remittances, investment, entrepreneurship and job creation.  We run programmes to encourage and promote different forms of diaspora capital, be it financial, political, social or intellectual. In 2004 we decided to focus on job creation, as one of the sustainable solutions for development, because we believe that when people are employed they have control of their lives. The growing young population of Africans is coming to the job market in large numbers (15-20 million annually) and we have to provide them with opportunities. We currently run enterprise development and job creation programmes in Sierra Leone, Nigeria, Rwanda, Zimbabwe and Ethiopia. We also work with both private sector and social enterprises, and have so far created over 1000 jobs.  We also work on the Pan African level to advocate for policies encouraging volunteering, entrepreneurship and job creation activities.

It is important to mention that our programmes are also youth and gender focused, encouraging young generations, women and girls to take active part and thus, shape their own future. Today, more than ever, as diaspora practitioners we need a high level of excellence and we should not compromise on it.  The youth need adequate skills and capital, a level of excellence and a concrete plan. But most of all, they need to know that they have our support.

← Prev: DIASPORA & CLOBAL COMPACT FOR MIGRATION (GCM) IMPLEMENTATION Next: THE DIASPORA DEVELOPMENT DIALOGUES (DDDs) HAVE THEIR OWN WEB SITE → 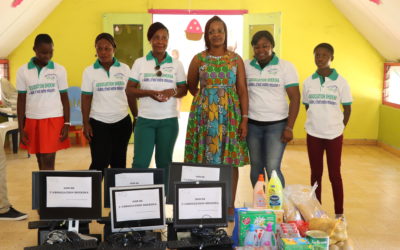 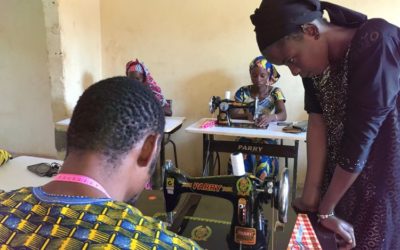