The project “Mobilisation of diaspora organisations from Morocco, Ivory Coast, Mali and Senegal in Europe and local associations for the implementation of development micro-projects in the countries of origin” (MODAL) aims to strengthen the capacities of diaspora organisations and local associations from these four countries working on migration and development issues, in order to increase the impact of their initiatives. Initiated in January 2021, it ended on Thursday 31 March 2022 with a closing seminar organised by ADEPT and its partners, presenting the first achievements and main results, after one and a half years.

The sanitary conditions as well as travel and gathering restrictions in place in the different countries requested to change the operational implementation several times. The main and final activities were :

– the launch of a call for projects in the 4 countries targeting at pairs of diaspora organisations and local associations, which lead to the financial support of 11 projects ;

– the organisation of 3 hybrid and 1 fully online training sessions on project management, between August 2021 and March 2022, for a total of approximately 80 beneficiaries ;

– the organisation of a multi-actor exchange seminar on local development in Mbour, Senegal, in March 2022, with a particular focus on the migration and development nexus ;

– the creation of videos portraits highlighting the achievements and co-development initiatives of diaspora actors and local associations in the 4 countries.

Among the first results of the project are capacity building for organisations, the development of networks between actors, the creation of spaces for multi-actor exchanges and a focus on the necessary dialogue on the migration and development nexus. Capitalisation work will be shared in the coming months.

The MODAL project is part of the South-South Cooperation Action (SSCA), co-financed by the German Federal Ministry for Economic Cooperation and Development (BMZ) and the European Union (EU) through the Emergency Trust Fund for Africa (ETF). Implemented jointly by the Deutsche Gesellschaft für Internationale Zusammenarbeit (GIZ) GmbH and Expertise France, the South-South Cooperation Action aims to promote the exchange of experiences and cooperation between Ivory Coast, Mali, Morocco and Senegal in order to strengthen dialogue in the field of migration. The ACSS, in this first phase, will end in May 2022.

The strong intervention capacity and the confirmed resilience of local development actors are among the first lessons learned, as well as the importance of strategic and useful partnerships between actors (civil society, authorities, institutions, etc.) for local development, which is also the subject of the ADEPT communication campaign: “Partners4dev”. 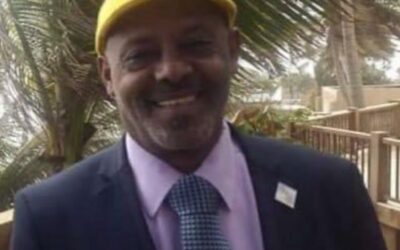 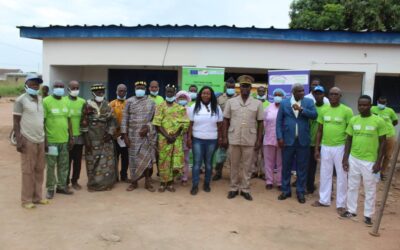