3 – 4 April 2017, Geneva
As chair of the GFMD Entrepreneurship and Circular Migration Committee, Gibril Faal moderated and reported on two round-tables at the meeting on ‘Public-Private Dialogue for the UN Global Compact for Migration’.
Other speakers included:
The first round-table was on ‘The role of the private sector in encouraging investments, entrepreneurship and circular migration’ and the speakers were:
The second round-table was on ‘Entrepreneurship, alternative financing options, investments: What constitute effective circular migration in the 21st century?’ and the speakers were:
More here
← Prev: Harvard Diaspora Fellows Conference  Next: Co-Facilitators for the Global Compact on Migration  → 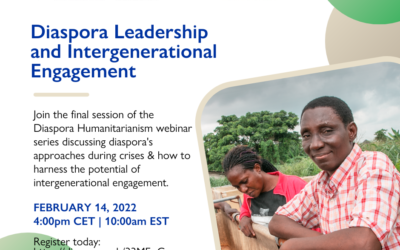